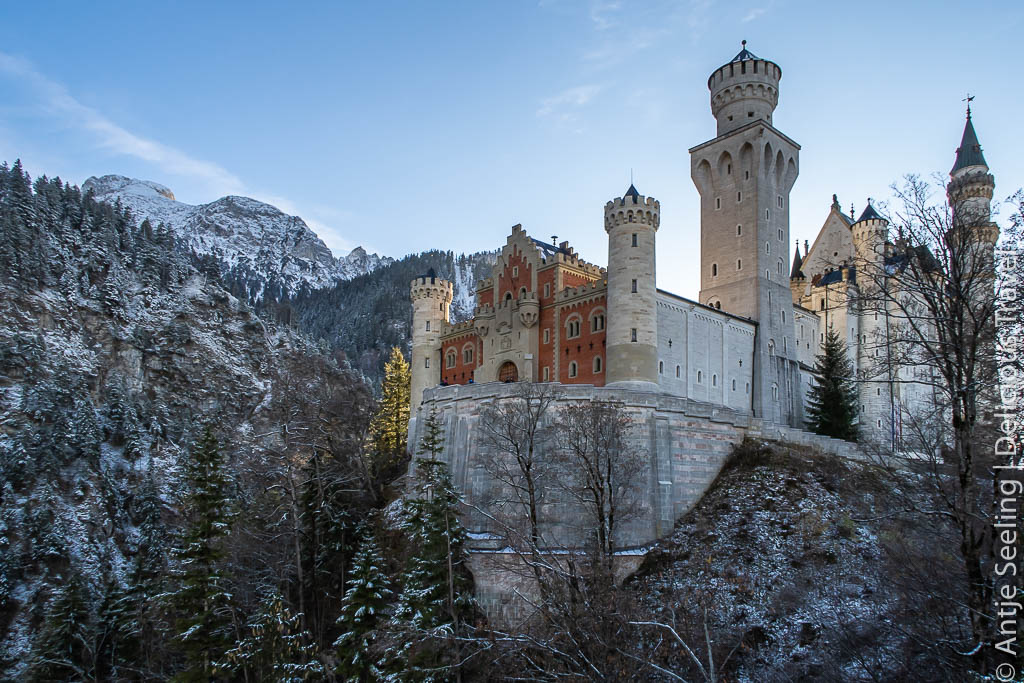 Best things to do in Bavaria: top attractions & secret tips

Do you know the most beautiful places to visit in Bavaria? Get ready: These are the most amazing things to do in Bavaria that will inspire you to visit Germany.

In this article, you’ll find my tips for exceptionally beautiful places in Bavaria that you have to see, for top excursion destinations and sights, culinary highlights and insider tips that are not yet so overrun.

Would you like to go on a trip again, but don’t really know where to go yet? My tip: come to the south of Germany and take a holiday in Bavaria. In my article “Wo es im Ländle am schönsten ist” (Where it’s most beautiful in Bavaria), I introduced you to my home state.

Places to visit in Bavaria: the most beautiful excursion destinations and sights

Bavaria is more than lederhosen, beer and pretzels. Bavaria enchants with wild nature in the mountains and nature parks, a true paradise for hiking from the Bavarian Forest and the Alps to the Fichtel Mountains. Or for cycling along rivers like the Danube or Main in Franconian wine country.

And the dialect, well, that’s something the Swabians also have to contend with. But isn’t that exactly what we are all looking for on holiday: the authentic. It doesn’t get any better than sitting in a beer garden with the locals over a glass of wine or beer and enjoying life together.

I’ve compiled the most important things you need to know for your holiday in Bavaria in this post. You’ll be surprised how cool a holiday in Germany can be.

Top 10 Bavarian sights at a glance

Places to visit in Bavaria – the most beautiful towns

Not only does Bavaria have a lot to offer in terms of nature, but numerous towns and cities in Bavaria also vie with each other in terms of sightseeing.

First and foremost, the state capital Munich is one of the top destinations in Bavaria. The city centre with Marienplatz, Hofbräuhaus, Viktualienmarkt and English Garden are as popular with tourists from all over the world as they are with the locals themselves. Here are my tips for a weekend in Munich as well as some favourite places in Munich.

At Christmas time, Nuremberg’s Christkindelsmarkt attracts visitors in droves – and not just because of the Nuremberg gingerbread (they’re the best!). The typical red and white striped stalls in the historic old town are a must for every visitor to Nuremberg. The city’s landmark and one of the most famous sights in Bavaria is the Kaiserburg. At Nuremberg’s Frauenkirche (Church of Our Lady), the Männleinlauf takes place every day at 12 noon, during which seven figures of the elector circle the enthroned emperor. I also find the Albrecht Dürer House in Nuremberg’s old town worth seeing. The house where the famous painter was born gives a vivid impression of life in the 16th century.

The Würzburg Residenz is one of the most important baroque buildings in Europe. Its special feature: Elements of French palace architecture and 18th-century Upper Italian palace architecture also shape the character of the building. The Old Main Bridge, built more than 500 years ago, offers a wonderful view of the Marienberg Fortress. Tip: Do as the locals do and enjoy a Brückenschoppen in the evening. Würzburg is in the middle of Franconian wine country, and the vines grow right in the city.

Half in Bavaria, half in Baden-Württemberg – you wouldn’t immediately think of the two-country town of Ulm as a travel destination. But it has really charming corners, such as the picturesque fishermen’s quarter with the Grabenhäusle, the Leaning House or the town hall with its colourfully painted façade. Not to be forgotten: Ulm Cathedral with the highest church tower in the world.

Many people know Rothenburg ob der Tauber, but Dinkelsbühl is no less enchanting but less crowded. The beautiful medieval old town invites you to take a stroll. The exhibition on the persecution of witches in the House of History near the Wörnitz Gate in the completely preserved town wall is worth seeing.

Best places in Bavaria – the most beautiful lakes

Especially in the south of Bavaria you will find numerous lakes with crystal-clear water. They are fed by the melt water of the Alps.

The most famous and largest lake in Bavaria: Lake Chiemsee. From the five-kilometre-long sandy beach (the longest in southern Germany) you have a fantastic view of the Alpine panorama. A popular sight is the Herreninsel with Herrenchiemsee Castle, which was built on the model of Versailles. Read more: Favourite places on Lake Chiemsee.

Due to its proximity to Munich, the Munich chic crowd likes to gather at Lake Tegernsee. Framed by the magnificent backdrop of the Bavarian Alps, Tegernsee is one of the most popular destinations in Upper Bavaria due to its fantastic location. You’ll find more peace and quiet at Schliersee and Spitzingsee nearby – and it’s just as beautiful there. Lake Spitzingsee is 1,000 metres above sea level. With an area of 28 hectares, it is the largest high-mountain lake in the Free State of Bavaria. Here you can find more ideas for your short holiday at Spitzingsee.

Fancy a little fjord feeling? Then head for Königssee. It lies wedged between steep mountain walls in the Berchtesgaden National Park. A nice day trip takes you from Obersee (at the southern end of the eight-kilometre-long lake) to the end of the valley, where several alpine pastures tempt you to stop for a bite to eat.

Best things to do in Bavaria & secret tips

If there is one sight in Bavaria that everyone probably knows, it is this one: Neuschwanstein Castle. The fairytale castle of the extravagant Bavarian King Ludwig II looks almost unreal in the hilly scenery of the Allgäu and even served as a model for Disney. The fact that more than a million people would one day make a pilgrimage to Schwangau would probably have rather frightened King Ludwig, because he wanted to have his peace and quiet from the world here. With all the comforts: The castle, built in 1896, had both central heating, running water on all floors, automatic flush toilets, a lift, telephone connections and its own electric call system. The best view of Neuschwanstein Castle is from the Marienbrücke, about 15 minutes’ walk.

Neuschwanstein Castle could be the crowning glory of a unique road trip through Bavaria: The Romantic Road runs from Würzburg to Füssen. In addition to the royal castles of Neuschwanstein and Hohenschwangau, Germany’s oldest holiday road connects some of the top sights in Bavaria, such as the idyllic Tauber Valley, Dinkelsbühl, Nördlingen with the only walkable city wall that is completely preserved, or Augsburg. If you don’t want to travel by car, the Romantic Road is also available as a long-distance cycle route.

The Bavarian Glass Route was created by the Bavarians, who supplied the raw materials for the first glassworks in the form of wood and quartz sand. With a length of around 250 kilometres, it is one of the most beautiful holiday routes in Germany. Those who travel it learn a lot about the 700-year-old tradition of glassmaking, which has always been glass art as well.

Bavaria scores points not only for its charming towns. Numerous destinations in the countryside invite you to discover national parks such as the Bavarian Forest National Park with its 320 kilometres of hiking trails and the Großer Arber mountain. Or the Berchtesgaden National Park, the only one in the Alps with more than 250 kilometres of hiking trails through dense forests, over flowering alpine meadows and up to the summits.

Germany’s highest mountain can’t be missing from a list of Bavarian sights. In good weather you can see as far as Italy from the summit – and even toboggan on the glacier in summer. You need comparatively little physical fitness to climb the 2,962-metre-high Zugspitze. From the top station of the rack railway (from Garmisch-Partenkirchen) to the summit cross it is only a few metres along a rocky path. No less beautiful: the Eibsee. It lies at the foot of the Zugspitze and is one of the most beautiful mountain lakes in Germany.

Another top sight in Bavaria is the Danube Gorge between Regensburg and Ingolstadt. The narrows of the Danube valley near Weltenburg are among the most beautiful geotopes in the Free State of Bavaria and are protected as a nature reserve. The limestone cliffs tower about 70 metres above the Danube. The “Weltenburg Narrows” with the Danube breakthrough can best be experienced from the water by excursion boat, rubber dinghy or kayak.

One of the largest meandering river landscapes in Bavaria can be found on the Volkacher Mainschleife in Franconian wine country – a perfect destination for connoisseurs. You can hike and cycle through the vineyards along the Main and enjoy a glass or two of delicious Franconian wine along the way. A nice alternative: canoeing on the Main.

Things to do in Bavaria: a selection of the most beautiful hiking trails

For me, Franconia is a real region of pleasure. Wine and hiking can be combined perfectly here. In these articles (in german) you will find plenty of inspiration for enjoyable hiking in Franconian wine country:

In the Allgäu, for example, hikers get their money’s worth on the long-distance hiking trail “Wandertrilogie Allgäu” with three routes, three altitudes and over 50 stages. The “Himmelsstürmer” route leads to the Alpine peaks, the “Wasserläufer” route through the water-rich foothills of the Alps and the “Wiesengänger” route through the gentle hilly landscape of the Allgäu.

Always stay on top is the motto of the approximately twelve-kilometre hike on the Nagelfluhkette. The panoramic paths lead from the Hochgrat over six peaks with many cosy places to rest.

Other highlights include a hike around the Alpsee in Schwangau, to the Zugspitze or the Panorama Trail at Lake Tegernsee. In eastern Bavaria, the Bavarian Forest National Park with the Großer Arber and excellent routes such as the Goldsteig or Jurasteig beckons.

Food in Bavaria – what is the region best known for?

If you’re on holiday in Bavaria, you can’t miss the beer. After all, hops grow better here than anywhere else. The Hallertau is the largest continuous hop-growing area in the world – and has been since the 8th century.

And what do Bavarians eat with their beer? Sure, hearty food like dumplings, veal sausage with pretzels and sweet mustard, meatballs, liver loaf, bread dumplings, roast pork, sausage salad or Obazda. And where does a hearty snack taste better than in a beer garden, up on the mountain in an alpine hut or in one of the breweries.

The Allgäu is considered the cheese kitchen of Germany: nowhere are there more dairy cows than here. In early summer, the brown cattle graze on the alpine pastures, whose herbs give the mountain cheese its spicy flavour. Also popular: Zwiebelrostbraten and Kässpatzen with lots of fried onions, the classic in the Allgäu.

The best-known representative of Franconian cuisine is Nuremberg bratwurst. They are traditionally served in threes in a Weckla or with sauerkraut. The Elisenlebkuchen have made Nuremberg famous and are, for me, the best there is.

If you’ve ever wondered why the wine bottles in Franconia look so funny: the Bocksbeutel is the traditional bottle in which Franconian winegrowers fill their good wines. And they are really good, too. The best thing to eat with them is a “Schäufela”, the crispy baked pork shoulder, or “Saure Zipfel”, fried sausages cooked in a vinegar broth.

Another delicacy: Carp. Bavaria is home to Europe’s oldest pond breeding area with around 6,900 ponds, where fish have been bred for around 1,100 years. They end up on plates as “carp blue” or as a baked version. 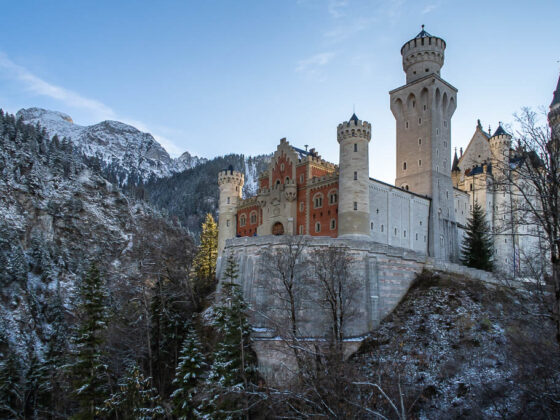 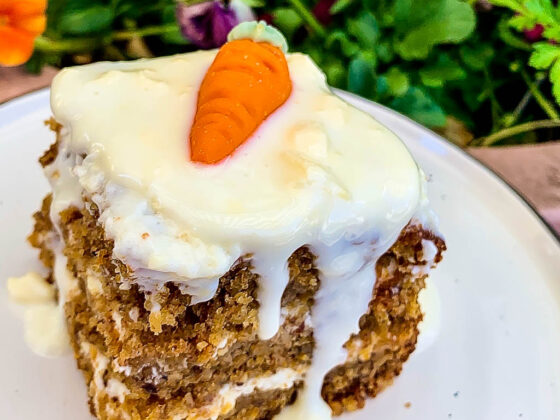 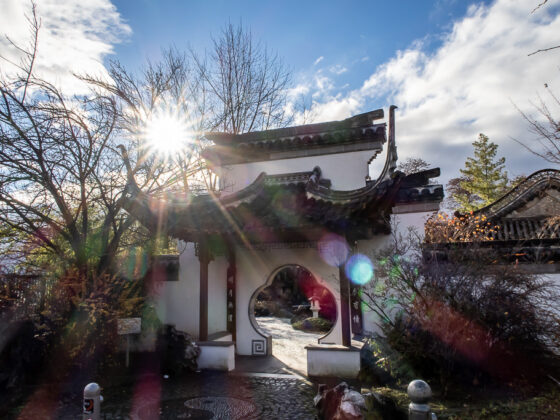 City walks Stuttgart: The most beautiful panoramic trails in the city 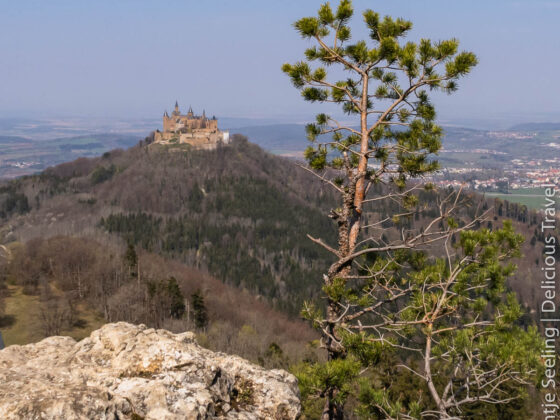 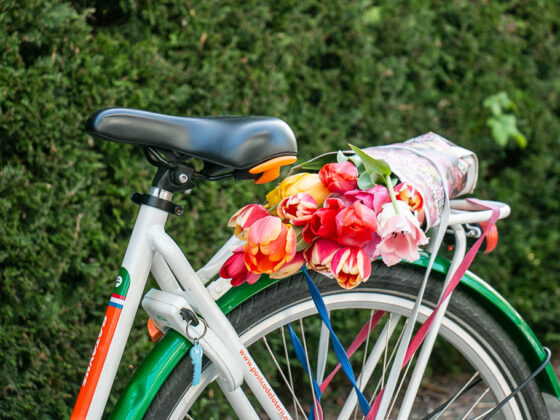 12 best things to do in springtime around Stuttgart